1903 Tour de France – Stage 4. The riders are divided into 2Â groups again for this stage. There were 25 riders left in the GC competition. It is once again the second group that produced the winner. Swiss riderÂ Charles Laeser from Geneva. He arrived 50 minutes after the GC riders and was awarded the stage victory by 10 minutes.Â Hippolyte Aucouturier crashed 20km from Agen and abandoned the race for good. Garin remained 2 hours in the lead.

The stage started at 05:00 andÂ finishedÂ in BordeauxÂ around 16:00 at The Pont deÂ Maye. It was a slow stage only averaging less than 30 km/h due the severe heat, 39c in the shade. A small squad of six riders arrived together to contest the sprint.Â Among them were the first 3 on GC, Garin, Georget and Pothier. Julien “Samson” Lootens of Belgium was first to cross the line. 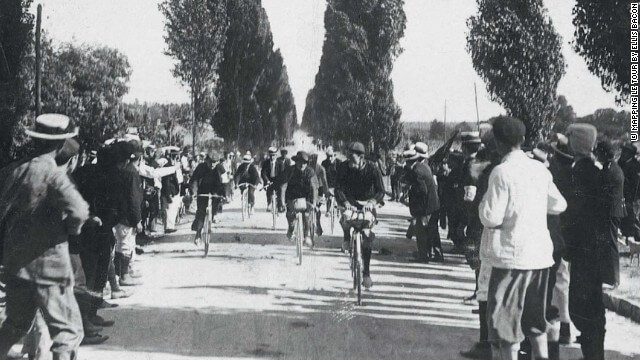