Cauterets-Cambasque is a 15 km climb from Pierrefitte-Nestalas to 1330m altitude. The first 10km are easy enough but after the town of Cauterets it kicks-up very sharply for 3km before easing off for the last 2. Cambasque has been used as a stage finish by Tour de France and Vuelta a Espana. The name means â€œBasque Landâ€.

Stage 11 of 2015 Tour de France will beÂ from Pau toÂ Cauterets – VallÃ©e de Saint-Savin. The stage will finish in the town of Cauterets at 914 metres. 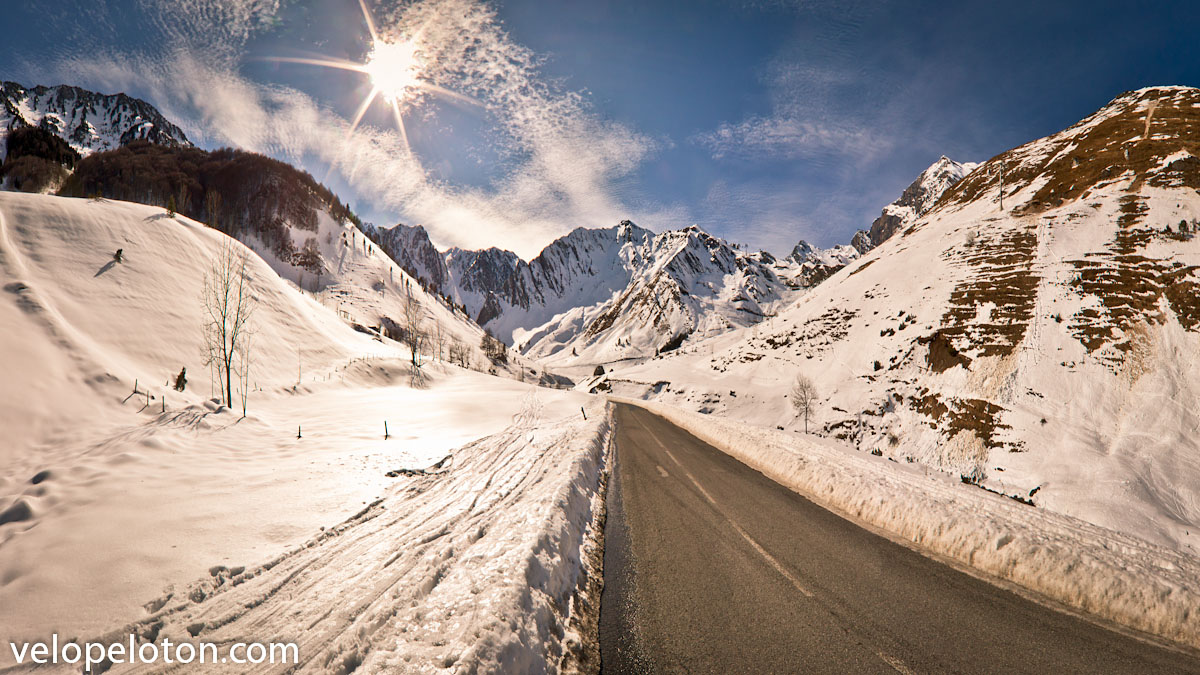 Cauterets-Cambasque, 1km from the finish.

FromÂ Pierrefitte-Nestalas the grade kicks up very quickly for the first 2 km it then eases off until 7km up the climb where you reach Mur de Cauterets. This is a new section of road constructed after the floods of 18th June 2013 washed the old road away. This is one very hard kilometer to the top of the Mur. From there it is easy to Cauterets.

Cauterets is a beautiful town surrounded by high peaks. It is a popular ski destination in winter and is usually the last ski resort in the Pyrenees to close each spring. In summer it is popular with hikers. This road to cauterets also leads to Pont d’Espagne one of the most popular natural sights in France. In July and August the road isÂ very busy as over 1,000,000 tourists visit.

After Cauterets take the right turn sign posted for Cambasque or go straight on for Pont dâ€™Espagne. The next 3 km are the most difficult of the climb with the gradient never going below 10%. There is a short downhill before the last km @ 7% to the ski station car park. 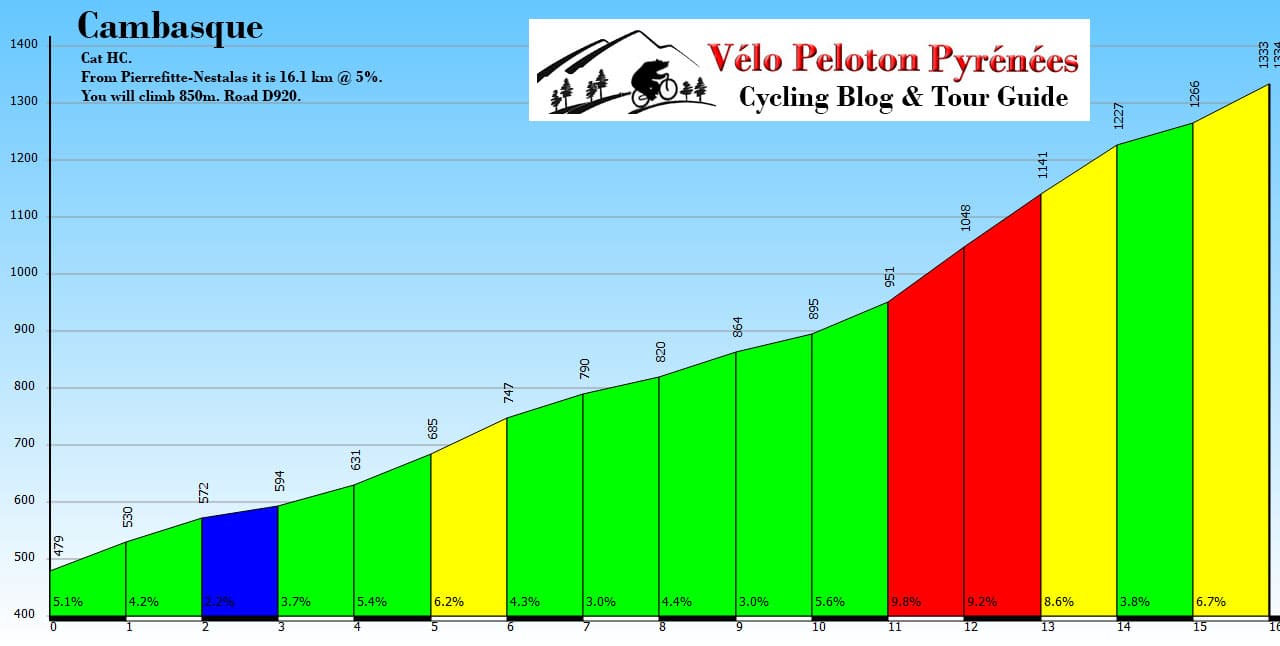 Le Tour de France has had one finish in Cauterets and 2 at Cambasque.

Cambasque in Vuelta a Espana